The relation between the Indian paintings and nature have been as that between the moon and the moonshine. This is evident from the fact that every motif and pattern in our indigenous art has been derived or inspired by their surroundings. The glory of natural components has been highlighted in the most fantastic ways across different forms of art across the length and breadth of the Asian subcontinent.

The Relationship of Indian art and Nature

Indian art and religious mythologies were inseparable in the ancient ages. The creativity of the artists was restricted to only producing artwork eulogizing the mightiness of heroes of folklore. Historically, nature has always been a part of the art. The prehistoric art in India and across the world proves that. Whether it be Bhimbetaka caves of Madhya Pradesh or the Lascaux Caves in the southern part of France, they both show the affinity between the creativity of man and the influence of mundane patterns on it. They show the struggle of man while surviving the harshness of nature.

Landscape paintings in the west did not depict natural surroundings as the central theme of a painting in the medieval era even though it was an inspiration behind almost every ancient art. We could say that Landscape paintings are nature savvy form of art. Gayatri Mathur beautifully traces the indulgence of the man with nature through artefacts. The Pashupatinath seal’s engravings show a human figure adorning a horned headgear and surrounded by different kinds of beasts. The seal is ascribed to the earlier forms of Lord Shiva.

The convoluted religion, the restricted art!

Many hymns in the Rig Veda explain the importance of environment conservation and sustainable development. Humankind is directed under his religious and spiritual obligations to protect and preserve the sanctity and purity of the umbrella of nature that houses birds, animals, reptiles, amphibians and humans in a symbiotic relationship.

The ancient art is also known for the depiction of the symbolism. For example, a Peepal tree, the Bodhi Tree, marked the enlightenment of Lord Buddha. It was a symbol of the ultimate truth and salvation. The much famed four lions of the lion capital of Asoka elucidate that how motifs of art and sculptures were depicted through animals. Here, a pillar is mounted by four lions in a sitting position facing the four directions. Below them are engravings of a bull, a horse, a lion and an elephant separated by Asoka Chakra or the spoked wheel.

Therefore, in one way or the other, the message of environment conservatism reverberated in Indian Paintings. With the yielding perseverance of conscious artists, the issue is getting its due from the community of painters and artists.

What is the community of artists doing?

Workshops and seminars are conducted now and then to launch the crusade for fixing the deteriorating condition of the earth. One such two-day event named DakshinaChitra was organized at Chennai in the year 2017 by Neeta Omprakash and Kathryn Myers for spreading awareness and sensitizing the participants about the environment through the medium of Indian art.

The event was attended by many socialists, artists, industrialists, eminent orators from another profession like Ravi Aggarwal who is a painter, photographer, art curator, author, and a known environmentalist, Ravi Agarwal, Maya Kovskaya, Parvathi Nayar, Veer Munshi, Lina Vincent Sunish, and Neeta Omprakash.

Among several events at the seminar, one of them was the screening of Before the Floods and exhibitions were launched. The most immersive act was the heritage walk that was conceptualized and led by Chithra Madhavan. She is a renowned historian who specializes in temples.

The organizers greeted the attendees with a welcome speech. The stage was taken over by Benny Kuriakose who works as a conservation architect. His words gave deep insight into the developments in the conservation of architecture and heritage through sustainable practices. According to him the degradation of natural surroundings and that of monuments is the result of the insensitive nature of tourists and mismanagement and miscommunication amongst the administrative officials in the tourism and monument conservation department of the government.

Another speech by Krishnaraj Chonat emphasized on triggering emotions, expressing ideas, and making a mark by titillating olfaction through paintings. This could create a bond between the spectator and the artwork and would leave a vehement impression. He said that the new media art doesn’t offer that sense of satisfaction and anticipation that is provided by contemporary art.

The audience was visibly taken aback by the arguments propounded by Charmi Gada Shah. She intertwined the art of architecture, subconscious realms of memories and reconstruction of places. She informed me that many places have been rotting slowly in the tides of time because of neglect and abandonment.

She revisits, reconstructs, and creates mapping images of the long lost places that have borne the lashes of time. Her purpose was to weave the relation of people’s memories with spaces that they have leftover time. 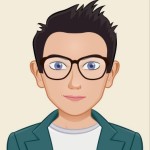 7 ways to make your e-commerce store a hit

You may have missed

Features of a Wallet Card Protection Plan and How it Can Help You Out? 3 min read

Features of a Wallet Card Protection Plan and How it Can Help You Out?

How to Connect Canon Printer to Laptop and Wifi

7 ways to make your e-commerce store a hit

Travel Enthusiast: Cameras for Traveller only?